Bluehost vs DreamHost – A Complete Analysis 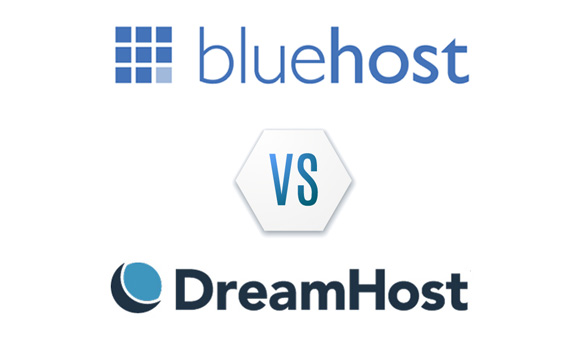 Looking at Bluehost vs DreamHost but having trouble deciding? Well, you’ve come to the right place! Our #1 goal at Instructify is showing people how to build killer websites, and you obviously can’t build a website without hosting, right? 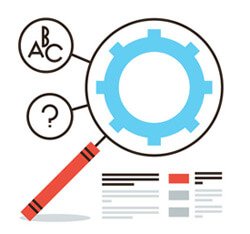 Bluehost and DreamHost are some of the most popular shared web hosts out there and they’ve each got a lot of things to offer. They can host email, websites, WordPress, and a lot more! It’s easy to see why they’re among the most popular web hosting companies.

But the real question is—how to they compare? Is Bluehost or DreamHost better? Which one is more affordable? Which one has better features for the money? These are all questions that we’re going to answer here today! On this page, you’ll see a complete breakdown and comparison of DreamHost and Bluehost that looks at all aspects of each hosts and then crows a winner. Sound good? Ok! Let’s get started!

Really quickly, before we jump into the review—just a quick heads up—if you happen to get hosting (like DreamHost or Bluehost) using one of our referral links, we might get a commission for that referral. Don’t worry though—we’ll ALWAYS be honest about the good and bad side of any host! Just keep reading to find out—we tell it like it is!

Now, onto the comparison!

DreamHost vs Bluehost – Where Do We Start?

In order to answer this question about who’s the best (DreamHost or Bluehost), we need to make this comparison as scientific and as objective as possible. Of course we’ll put our opinion in here (we can’t not), but it’s important to have a good amount of data to go off as well—that makes things objective and quantifies why one host is better than another. Also, it’s important to understand that one host may be better than another in one category, but not all. With that said, we’re using 5 distinct categories/areas to break down each host and make comparisons. These categories are:

If you’d like to jump to any specific part of the review, you can just click on the link above and go to that section, but we’d recommend reading the entire review so you can get the entire picture. Let’s jump right in!

When you think of a good hosting company, you probably think of speed—good servers are supposed to be quick, right? Indeed, they are—and to test this, we set up a test site on Bluehost and a test site on DreamHost and monitored them for a period of 6 months. 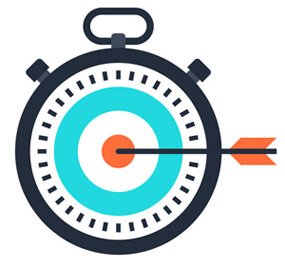 Both of these sites were similarly-equipped WordPress sites, and they were monitored every 3 minutes with Dotcom-Monitor. If you’re aren’t familiar with Doctom-Monitor, it’s one of the best website monitoring solutions out there. The amount of data they provide is staggering, and they have tons of different configurations available in terms of monitoring. For our testing, we used their BrowserView monitoring, which basically performs a full-page download using a real browser at a specified interval. So, our test sites were getting tested every 3 minutes over the course of 6 months, which means they were tested approximately a total of 86,000 times, give or take a few hundred checks for longer/shorter months. How’s that for data?!

The first statistic we looked at was uptime. If you don’t know what that is, it’s the measure (in percentage form) of how long a website has been online and accessible for a given testing period. For example, if your site has been online 99% of the time, then it’s said to have 99% uptime—make sense? Great!

It’s important to understand that most hosting companies have uptime guarantees, often 99.9% or higher, that literally guarantee a specific level of service. This typically means that if uptime dips below their specified percentage, they’ll provide some level of reimbursement. So, let’s take a look at the uptime figures over 6 months for Bluehost and DreamHost:

What does this mean? Well, DreamHost’s uptime rating under 99% was a bit under the standards typically proposed by most hosts, although it wasn’t terrible. Bluehost, on the other hand, had a pretty good uptime rating of nearly 99.9%, which was quite good. In this particular test, Bluehost is definitely the winner.

However, when it comes to testing, we didn’t stop there. A website that’s up and online is great, but it’s also important to have a website that loads quickly and is speedy.

Fast-loading websites are more important than most people realize nowadays. For example, most search engines test the speed of sites when they visit them, and sites that load slowly are typically ranked lower than sites that load quickly. In most metrics, the benchmark is 3 seconds or less for a load time, and that’s not likely to get any slower anytime soon. Essentially, search engines are interested in showing good quality websites to users, and these means speedy websites. In this day and age, no one has the patience to sit around for even 10 seconds while a website loads—people want things loaded instantly, and other websites are able to offer this—so if you want your site to be found and want to keep visitors happy, it absolutely needs to load fast.

In order to test the loading speed of Bluehost compared to DreamHost, we used Dotcom-Monitor again to test the sites every 3 minutes again for a period of 6 months. We used their BrowserView full browser rendering to get an accurate view of what a user would experience when trying to load the website. The results of this testing can be seen below:

The server response times actually measure how fast the web server itself responds to an HTTP GET request. Typically, these times are much shorter than the page load times, simply because the page load time counts the time to load every element on the page and render it fully, which takes a considerable amount of time. Server response times are helpful to understand just how quick servers are at a particular hosting company; if the servers respond slow, it may be an indication that their infrastructure isn’t very good.

Page load times measure how long it takes for a complete page to render, which includes all of the various elements on the page such as images, HTML, JavaScript, and any other code-related elements. Page load times give a fairly accurate impression of what a user sees when loading a website, especially when the times are measured by real browsers like the ones used in the Dotcom-Monitor system.

Looking at the above results, you can see that across the board, Bluehost was better that DreamHost in all areas. Often times there will be one area or metric where the hosts diverge, but in this particular test, Bluehost was the faster host everywhere. Of course, this was only a 6 month test with specific servers (two different shared servers may have had differing times). But we can confidently say that this also mirrors our own experience—that Bluehost tends to be faster in our experience/opinion as well. With that said, we can definitely recommend them as a great choice for speed and performance.

We used to think that Bluehost was better than DreamHost here, but we’ve recently changed our opinion because DreamHost has REALLY upped their game in this category.

DreamHost used to have an outdated, sucky control panel that was absolutely horrendous to use. But they’ve heard user complaints, and now it’s much better than it used to be. In fact, it’s even better than cPanel in some ways. Take a look at the screenshots below of the backups section of each panel: 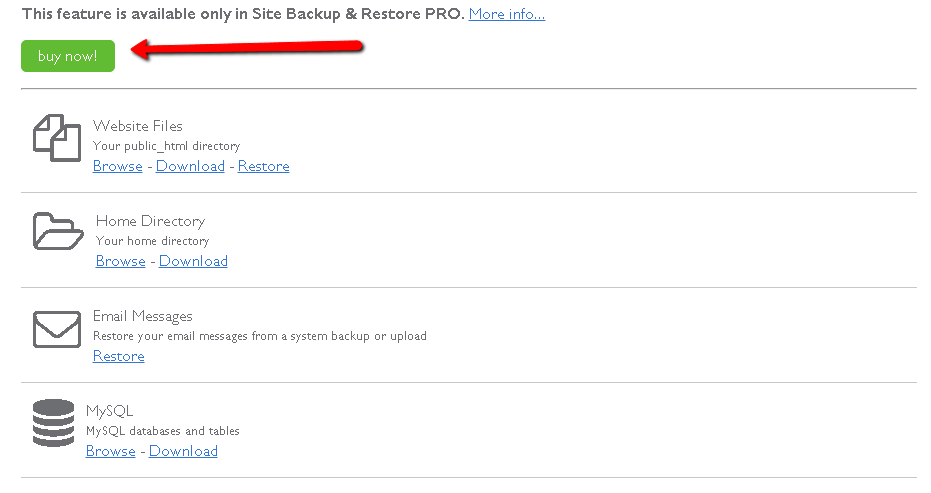 As you can see, DreamHost’s backup panel is awesome. It’s clear what you’ll be getting with a backup, why, and how it’s set up. You can easily choose the backup from a date range that you want and restore your site. With the Bluehost panel, you’re stuck having to click through multiple menus and struggle to find what you want. On top of that, Bluehost tries to upsell you on a pro backup system, which is something we absolutely hate—if you’re paying for hosting, backups should be 100% included.

And the rest of the DreamHost interface is just as slick too, which is a monumental improvement over the past. Because of this, we have to give it to DreamHost in this category!

This is another area where we think Bluehost wins, and wins big! Why is this? Well, let’s take a look at a few areas that make Bluehost support superior.

DreamHost doesn’t have a published telephone support number—you have to request a callback from their support team to even access it. Honestly, this kind of sucks—support should be readily available and easy to get a hold of, not require special procedures to get in touch with them.

This section is pretty much a tie—both hosts have 24/7/365 chat support, as any host should, and the quality of their technicians and the chat UI/UX is fairly comparable between Bluehost and DreamHost.

Again, this type of support is pretty even between the hosts. Really, they both have a decent ticketing system and do a fairly good job at responding to tickets in a timely manner.

However, in terms of overall support quality, Bluehost wins. Why? Well, the phone support gives them the edge. Sometimes you just want talk to a real person, and you want them to be able to understand your problem quickly and solve it—that type of support can be priceless when you really need it, and it’s just not something that DreamHost offers—not on Bluehost’s level anyway.

Pricing is a huge consideration for most people when they’re looking to choose a hosting company, so let’s take a look at how pricing breaks down between the two be comparing their best value plans. 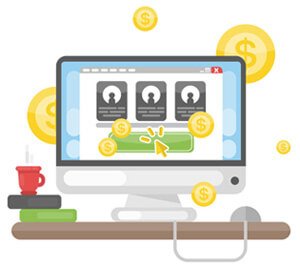 Using our DreamHost coupon gets a $2.59/month price for DreamHost, which is a great deal and a little cheaper than Bluehost. On top of that, DreamHost offers unlimited email, hosting bandwidth, and most things unlimited. Bluehost does cap a lot of these things, so DreamHost seems to offer a bit more in their basic plan. You can read more about what’s offered with DreamHost here.

Using our Bluehost coupon code gets hosting for $2.95/month, which is a little more expensive than DreamHost, and it comes with a little less storage too, and a fewer bells and whistles, but we do feel that the service is a bit more solid and worth the extra money. You can read more about what’s offered with Bluehost here.

In terms of a pure pricing perspective, DreamHost does have a slight edge in this category, so we have to give them the win in terms of pure pricing.

Nope! We’re going to go with Bluehost on this one for a few reasons:

Altogether, we think that Bluehost is technically the better value even though they are 40 cents more per month. That’s nominal for what you really get, especially the level of support.

So, at the end of the day, who’s the winner in this batter of shared web hosting companies? We have to go with Bluehost here…

When it comes to support, ease of use, and reliability, we really feel that Bluehost has an definite edge, and given the choice between the two for a single website, we’d pick Bluehost over DreamHost for those reasons.

Matching up Bluehost and DreamHost?