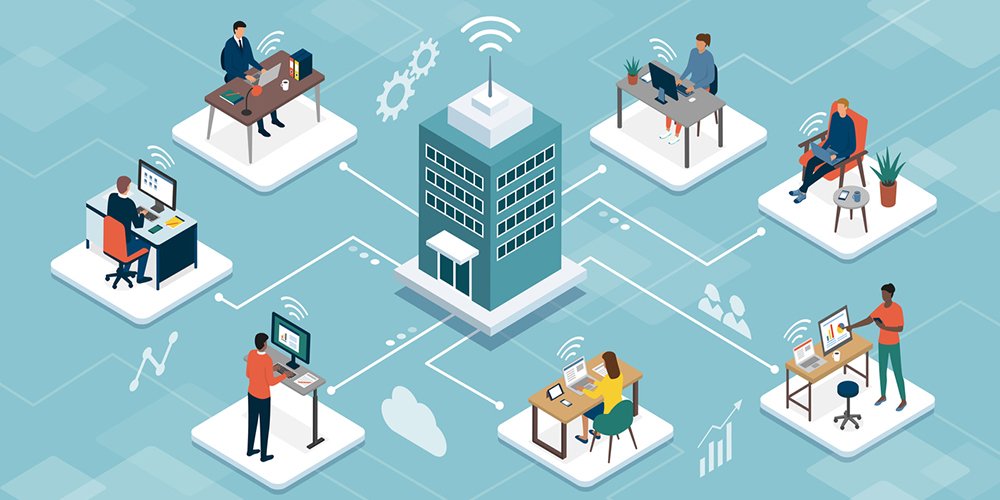 On the surface, VPN and VDI look similar as remote access options for enterprises looking to equip their workforce working from home. However, Virtual Private Networks function very differently from Virtual Desktop Infrastructure solutions, and they have many differences besides. Below we explore what differentiates VPN and VDI technologies as a remote office solution for businesses.

VPN and VDI: How They Work

What is a VPN?

VPN stands for Virtual Private Network. It creates a secure tunnel or network connection between a device and the corporate network. VPN software is typically installed on PCs, laptops and mobile devices, though some operating systems also have built-in VPN apps. To use it, the user simply has to log in with their credentials and any multifactor authentication, then the VPN will connect the device to the company network.

VPNs have been around for a long time so they’re the most common type of remote access solution and also the cheapest. Users can simply install a VPN on any regular laptop and they’ll be able to access office files, databases, etc., from home. However, this does pose some challenges, including connection speeds, system updates, and overall corporate security.

What is a VDI?

VDI stands for Virtual Desktop Infrastructure. It typically describes a setup where users can remotely access a Windows desktop that’s running as a virtual machine on a corporate server. This means the user will utilize the virtual machine’s dedicated resources and they will simply be using their device as to view this virtual desktop.

VDI solutions require much more setup and configuration, and are initially costlier in general than VPNs. However, it allows users to work on any device and still get the power of the virtual machine’s specs. Moreover, since all files and applications are run on the desktop instance in the central server, corporate date can stay secure.

VDI is generally faster and more secure than VPN.

VDI solutions have an intrinsic advantage over VPNs in terms of speed and security due to how they function in general. With a VPN connection, all data needs to be transmitted through the secure tunnel so there’s a greater need for the client device to be up to par on hardware specs and connection speed. Moreover, multiple VPN connections can result in bandwidth bottlenecks and there’s more overhead from the protocols that build the virtual tunnels and encrypt data going through them.

In comparison, there’s less stress on the remote worker’s device and connection on a VDI setup since traffic is mainly streaming the virtual machine’s desktop screen. Companies can also allocate more resources on virtual desktops to allow processing-intensive applications that might not run on old laptops for example. However, it does mean more powerful servers are needed to display larger desktops and multiple monitors.

One of the biggest advantages of VDI is security, since the organization can set their data policies and ensure that they’re followed. Data remains in the cloud and in the office servers and won’t be downloaded onto client devices unless specifically permitted. With a VPN, there’s no guarantee that remote workers will adhere to security policies and enforcing security health checks is more challenging for IT administrators to configure.

Ease of Use and Cost

VPN is easier to set up and is more affordable than VDI.

Because you can essentially allow VPN access without too much configuration, it’s a lot easier to get this type of remote access up and running. Remote workers can simply have the apps they use already installed locally on their devices and they’d only need the VPN connection to join the company’s private network. Organizations which provide work laptops to their employees can simply tell them to bring those home and start working. There’s not much back end setup involved or additional server costs.

This can make VDI seem extremely expensive, since you need server hardware to run virtual desktops for all of your remote workers. The costs can skyrocket if your employees typically require multiple monitors or larger displays. Moreover, your IT team will need to design and build the complex VDI environment or otherwise hire experts to do so. If you’re already providing work laptops, this can feel like purchasing those laptops twice.

In addition, you’ll need to shore up the office’s Internet connection to accommodate all of the users relying on it to work. That goes double for remote workers who have unreliable Internet connections at home since if their Internet goes out or slows down, they essentially can’t get any work done. On the plus side, it’s easier for the IT team to troubleshoot, patch, update and configure virtual desktops. Using a golden image to replicate virtual desktops makes the rollout and subsequent setups easier, too.

To summarize, here’s a list of the pros and cons of VPN and VDI solutions for remote office setups.

As you can see, VPN and VDI solutions for remote office setups both have their own benefits and drawbacks that would make one or the other more suitable for your enterprise. You’ll need to consider your organization’s needs as well as your workers’. Most smaller companies will likely find VPNs to be sufficient while larger organizations should definitely consider implementing a VDI system for greater security.

VDI and VPN are both remote access solutions, but how they function is very different. VDI lets users access virtual desktops running in virtual machines that are hosted on the cloud or data center. VPN creates secure tunnels to connect user devices to the private corporate network.

No, you can set up VDI access without configuring a VPN connection first.

Citrix is closer to a VDI solution than VPN.

📌 Is VDI more secure than VPN?

In general, VDI poses the least risk to data security since the virtual desktops are centralized and data remains within the managed data center or cloud provider.