The first order of business when you’re about to start selling online is choosing a platform. This part is quite difficult and you might find yourself getting torn between Shopify and Etsy, two very popular places for e-commerce. What’s the difference between the two? Shopify allows you to build your very own online store, providing you with a great set of tools to help you manage your business. As for Etsy, it serves as an online marketplace where you list your products alongside other sellers. So how do you choose between the two? Take a look at our in-depth comparison of Shopify and Etsy so that you can get a better feel of which platform is better for your online business.

Both are easy to use but it’s faster and less technical to set up with Etsy.

If you think that setting up an online business is a terribly complicated thing, you can put your worries aside because both Shopify and Etsy make it easy for sellers. If you’re setting up with Shopify, you’ll be presented with a very clear menu, plus you’ll be guided by action buttons. Once you’re done putting in all of your information, Shopify will then help you run your store by tracking your orders, syncing your inventory, and many more. It’s a slightly technical process but for the number of useful e-commerce tools that Shopify provides, it all still comes across as very beginner-friendly.

As for Etsy, you can expect the set-up process to be even simpler and quicker. As you enter your details, you’ll be guided through each stage and you’ll even be presented with a progress bar so that you know how far you’ve come along and how much more is left. You can immediately start selling once you’re finished with the set-up process, making Etsy a great option if you want to become an online seller as fast as possible. There’s no need to create an entire website–all you need is an hour tops to put in your details and then you’re done.

When it comes to ease of use, both Shopify and Etsy don’t overcomplicate things. Etsy, however, is a little less technical and more straightforward, making it the better choice if you want to sell right away.

With Shopify, you only manage one store but with Etsy Pattern, you get two stores in one.

Etsy now has their own e-commerce platform called Etsy Pattern which lets you build your own online store, similar to what Shopify does. On Etsy Pattern, you’re allowed to sell a wider range of products and services, even those that aren’t permitted on regular Etsy (you can only sell handmade, vintage, or craft goods here). Take note that you have to be an Etsy seller already to be able to use Etsy Pattern. What’s great about it is that your listings on Etsy are automatically synced with your new website, saving you from the hassle of manually posting your items one by one. Also, it’s easy to handle both your Etsy shop and your own online store through Etsy’s Shop Manager feature. You can try Etsy Pattern for free for 30 days, after which you’d have to pay $15 per month.

So what’s the difference between Shopify and Etsy Pattern? With Etsy Pattern, you get two stores in one–your Etsy shop plus your own website. On Shopify, you only manage one store. Also, Etsy Pattern is a lot easier to set up because Etsy has a strict limit on configuration settings. That said, it can’t be forgotten that Shopify offers amazing tools that would help you out a lot in your business, ones that you won’t find on Etsy Pattern. This justifies their slightly more technical set-up process. Differences aside, what’s similar about the two is that you’d have to drive your own traffic to your website.

Shopify offers lower rates and doesn’t charge for transaction fees if you use Shopify Payments.

Instead of charging you a monthly fee, Etsy has a listing fee of $0.20 per product. This means that you get charged the said amount for every item you put on sale. Your listings are active for 4 months or up until they get sold. Once you do sell an item, there’s a 5% transaction fee as well as a 3%+$0.25 payment processing charge. If you’re scratching your head in confusion, the payment processing charge is actually made by the payment provider (eg: credit card company) or payment gateway and is standard procedure. It’s safe to say that Etsy fees aren’t the easiest on the wallet (especially that 5% transaction fee), although you’re not likely to feel the full force of it unless you’re raking in really big money.

If Etsy fees are a bit on the high side for you, you might find Shopify to be the more value-for-money option. They have their own payment gateway called Shopify Payments and the great thing about it is that it doesn’t charge you for transaction fees. The only thing you have to worry about is the 2.2%+$0.20 payment processing charge which is much less than what Etsy asks for. If you’re using other payment gateways (eg: PayPal, Apple Pay, Google Pay, etc.), the highest charge is at 2% while the lowest is at 0.5%. Again, much lower than the charge over at Etsy.

Transferring from Etsy to Shopify can prove to be a wise decision.

As you can see from this Reddit post, it seems like doing business on Shopify can bring about better results. Once you’re able to draw a buyer to your Shopify website, you don’t have to compete with a bunch of other sellers for their attention. All they’ll see are your products, unlike on Etsy where buyers are distracted by so many other items that aren’t yours. You also won’t be dependent on Etsy’s algorithm and transaction fees which could change without any prior notice. The biggest hurdle with using Shopify, however, is having to create traffic for your own website which could be especially difficult in the beginning. 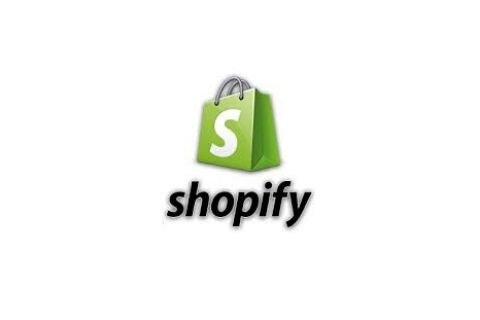 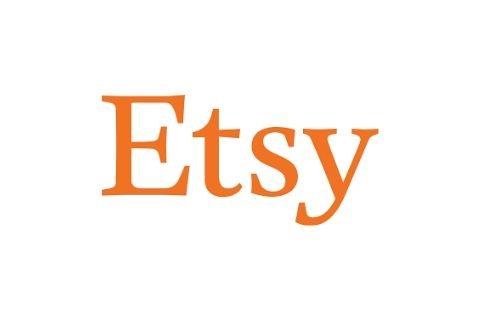 There are a couple of pros if you decide to go with Etsy. For one, setting up is a very easy process and you can be selling your products within the hour. Once you have an Etsy shop, you also have the option of creating your own website via Etsy Pattern. This way, you get two stores in one. Your products on regular Etsy will be synced with your own website, making the whole process an easy and seamless one. That said, the rates on Etsy aren’t exactly the friendliest.

As for Shopify, they go a lot easier on the wallet when it comes to fees. In fact, they don’t charge you for transaction fees if you decide to use Shopify Payments as your payment gateway. Aside from lower rates, Shopify is also able to make better use of your traffic because you’re not competing with other sellers. You’re also not dependent on an external algorithm. To boot, you’re given access to powerful tools that will help you a lot when it comes to managing your online store.

READ  Ecwid vs BigCommerce (2020): Which E-Commerce Platform Should You Use?